Not only Spider-Man, but also other young superheroes come to the fore in the Marvel Cinematic Universe. How does the film branch of the House of Ideas approach the introduction of underage heroes?

Until now, in the Marvel Cinematic Universe, young viewers had to follow the fate of adult guys whose problems went far beyond that of a teenager staring at the screen. Regardless of saving the world from evil, our heroes have a lot of down-to-earth problems that the scriptwriters have given them. And despite their extraordinary powers, they try to deal with them just like ordinary people do in the reality that surrounds us. For a kid who doesn’t understand all of these things, it’s not a problem. Even if the topic of the alcohol drinker Tony Stark or Bruce Banner appears about a suicide attempt, it will not stay in the mind of the young viewer for long. Other things count – like Iron Man is slamming his armor again and the Hulk is crushing.

MCU shows are planned so that every viewer will find something for themselves. A bit like Pixar productions that can be enjoyed by both children and adults. Reception of the content will be different, but the entertainment element will be retained and that is the most important thing. Another issue is the need to engage viewers with characters, their stories and problems. If we sympathize with them because they throw jokes left and right, that’s great. However, if we can still cheer them on in dealing with mundane problems, especially those that we ourselves have in everyday life, the show will gain in importance and will not be just a typical action movie.

Of course, this is not about relating the fictional characters’ problems to each other in a literal sense. I imagine, however, that there are people who, on some level, as well as Captain America, who have been frostbitten after many years, feel alienated from society and do not quite catch all these conventions prevailing among modern people. If this example doesn’t convince you, then the MCU touches on much more mundane issues as well. It turns out that even the gods of Asgard have problems that are familiar to us. Let us recall the tense situation between brothers Thor and Loki. I bet dollars against nuts, that someone would be here with their siblings at stake. There were also some really serious threads, like the subject of the Black Widow’s infertility. However, we observe all of this from the perspective of adult heroes. The Marvel Cinematic Universe was rightly waiting for the introduction of teenage superheroes, but finally now is the right time to introduce different points of view and start a new era for the connected universe.

We are in the 4th phase, the first summary is behind us Avengers: End of the game. This is the perfect time to invite new generations of viewers to the MCU. Since 2008 and the premiere of the film Iron Man Some time has passed and the fans of that show have grown up. I imagine if I was 13 today, it would be difficult for me to jump on this speeding train. I assume if I got a superhero series in my teenage years I’d like to check it out to see how my peer with extraordinary powers is doing in this world. Maybe it is a banal assumption to learn this universe together with the hero of the series, but I am glad that Marvel Studios does not intend to sleep through this moment and boldly introduces a bit of youthful verve.

For a long time, Spider-Man was the raisin on the big screen when it comes to teenage heroes. Perhaps you remember a moment during a fight at an airport in Germany in the movie Captain America: Heroes’ Warwhen everyone was surprised to learn that the boy in a spider suit doesn’t have an ID card yet. The climber quickly began his career and was educated, fighting alongside experienced defenders of good. Fortunately, not every teenager can boast of a fight with Thanos. If more of the underage heroes participated in these clashes, we as viewers would have trouble suspending disbelief. Admittedly, the MCU has a plan for everything and even this aspect of introducing youth had to wait for the right moment.

From the very beginning of the MCU, we didn’t have too many childhood heroes. One of the first kids to play a significant role was Harley Keener (You Simpkins) With Iron Man 3. This was the first time Tony Stark faced a child’s sensitivity. Later we also had Cassie Lang, Ant-Man’s daughter. Scott Lang was at the time a divorced guy who tried to spend as much time as possible with his offspring. As viewers, we get a chance to face a problem that affects so many people in the world. In the meantime, we got to know Clint Barton’s family, but here it was a cameo role and wasn’t even particularly developed on the show, and Tony Stark’s daughter, Morgan. A lovely performance, the creators will probably come back from it, but at the moment it is the melody of the future. In other situations, the child characters appeared rather as younger incarnations of adult characters, we saw it in the Thor movies (young Thor and Loki) – we had a flashback with the child Gamora as well as the young Peter Quill. Modest examples, constituting only the role of the plot carriers, but it is worth emphasizing once again that the universe had to be built on adult, emerging heroes, only preparing a place for the introduction of young heroes.

Opening up to the new generation in Phase 4 is a good direction. It may sound pathetic, but superhero cinema should show that you don’t have to be a mature man to do good. Young heroes make mistakes, struggle with a double identity, lose something of their teenage life – there are many topics around such characters. Now fans of the MCU can watch the adventures of Ms. Marvel, the first Pakistani Marvel superhero. Kamala Khan is also distinguished by the fact that her superpowers are related to the theme of adolescence, which may be valuable for young viewers, but also for their parents.

Young Avengers – the most famous members

Hollywood doesn’t like recasts of important people. The generational replacement will allow us to follow the adventures of successors who will struggle with other types of problems. They will eventually grow up like all of us. Being able to see them at the beginning of your life is an added value. I do not understand complaints about the series in this context Ms. Marvel and trying to prove to everyone that you are no longer in the target of this production. After all, this is what the show is about to target a different audience, and since we’re still dealing with Marvel, no one will be left out in the cold. Mature viewers had their Moon Knight, now new viewers can enjoy the company of Ms. Marvel. I wrote about it before, defending the heroine. Maybe it’s the time when the MCU will adopt a comic book structure? Only those interested will see it. If one always tried to attract everyone to the screen, it would be like a brake on the creativity of the creators.

Fortunately before Ms. Marvel Several new youthful heroes have already been introduced. In the series WandaVision we have the debut of Billy and Tommy, the children of Wanda and Vision. In Falcon and the Winter Soldier We were briefly introduced to Eli Bradley – no one doubts that he will return as a Patriot. In the series Curls we got Kid Loki which was positively received, so hopefully it will be seen in the context of a planned (possibly) Young Avengers project. See how many I have already mentioned, and this is not the end. Black Widow introduced Yelena Belova and at least the character played by Florence Pugh is not a teenager, but it is part of a generational change, just like Kate Bishop (Hailee Steinfeld) from the show Hawkeye. Recently, we also saw the debut of Amerika Chavez (Xochitl Gomez) in Doctor Strange in the multiverse of insanity and this is one of the few situations in the MCU when the title character has to cooperate with the child. It had a positive effect on the film, as it gave the film an adventurous feel.

I remember older viewers complaining when it made its debut Spider-Man: Homecoming. Watching the awkward Peter Parker go on first dates and house parties was not everyone’s taste. The consistent nature of the MCU allows no one to be bored during the screening, regardless of age, but the emphasis on dealing with teenagers’ problems is an important thing, even key from today’s point of view. The MCU with expansion in cinema and streaming must also catch other audiences to further fuel this whole boom. Before, kids didn’t have any major roles, but that is changing now. The point is not to make a kindergarten out of this universe, but if a large group of younger characters appears, we will certainly gain a larger, more vivid and colorful world.

The Belgians are filming the best-selling novel. It will be in cinemas and on Netflix. See where to meet them in Wrocław

Richard Gere homeless on the streets of New York! Someone helped him? 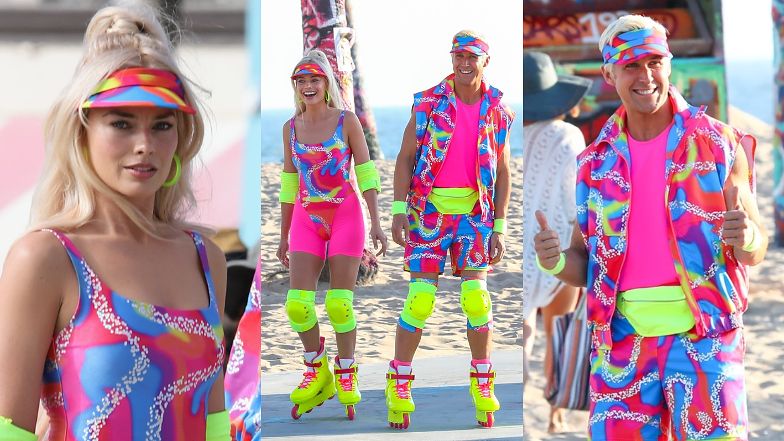