In the history of Polish cinema Witold Zacharewicz enrolled as the youngest lover of the Second Polish Republic. He started his adventure with the film by performing extras. His screen career lasted only six years. It was enough for him to become the star of the Second Polish Republic. Journalists admired him, emphasizing “beautiful conditions and sincere talent”, adored by women. Only Aleksander Zelwerowicz said that sooner “the cactus on his forehead will grow before the young Zacharewicz makes a film career”. Apparently, the reason for this statement was jealousy of his wife, whom Witold once accompanied on a trip.

Witold Zacharewicz – a mummy who became the King of the Screen

Witold Zacharewicz was born on August 26, 1914 in Płock. He was the second child of Wanda and Kiejstut, owners of the estate in Stanów. His older sister died at birth. At the beginning of February 1919, Witold’s parents divorced. The mother sold the property and moved with her son to Warsaw. The father, whose fault was the divorce, married the countess Wanda Rozwadowska and lived in his wife’s estate. He died in 1920.

The actor’s only son spoke about Witold Zacharewicz’s childhood in an interview with Gazeta Wyborcza.

“Dad was a mama’s boy! How he started going to the Gymnasium General Sowiński in Warsaw, wore a hat from mom. My grandmother forbade him to take it off, because she didn’t want him to lose her. One day he obeyed this order in front of the Tomb of the Unknown Soldier. The sentry drew his attention. My father found himself between the hammer and the anvil, he cried, but he did not take off his cap “, revealed Kiejstut Zacharewicz.

After graduating from high school, the future star of Polish cinema studied Polish at the University of Warsaw and at the same time attended classes at the State Institute of Theater Arts. He also sang in the men’s choir led by prof. Jan Adam Maklakiewicz.

Witold Zacharewicz began his artistic career with performances in Warsaw city theaters. In 1933, he acted as an actor in the film “Under Your Defense”, Director Józef Lejtes drew attention to him and proposed one of the main roles in his new production “Young Forest”. A film about Polish high school students who opposed Russification became a ticket to fame for 20-year-old Witold.

Witold Zacharewicz’s screen career lasted six years. He starred in 12 films. After he was created in “Kościuszko near Racławice” (1937), he began to be called The King of the Screen.

In 1938, he received an offer from United Artists. Zacharewicz, who was fluent in English, French and German, signed the contract. However, he did not realize his dream of conquering Hollywood because he was drafted into the army. He tried for an adjournment, but to no avail. He finished work on the film “Gehenna” (the last one in his filmography) and he reported to the Communications Reserve Officer Cadet School in Zegrze. He began his service on September 1, 1938. The trip to the United States was postponed for a year.

Witold Zacharewicz: a seducer of minors

Witold Zacharewicz had specific plans: On September 1, 1939, he will be placed in the reserve and will travel to Hollywood shortly thereafter. Not alone, but with the love she was (seven years younger than him) Halina Schneidr. The girl saw him for the first time in the movie “Young Forest”. He made a great impression on her, then a “13-year-old flapper”. Thanks to her uncle, she met her idol. Later there were random meetings, then dates, joint trips to the cinema and theater.

“During one of the first meetings, at a car driving show, at Pole Mokotowskie, Witold joked (and I took it to heart and was delighted) that I have a beautiful nose and if he ever marries, it will only be with a woman with such a nose“- recalled Halina Schneidr. She heard a confession of love in the summer of 1937. 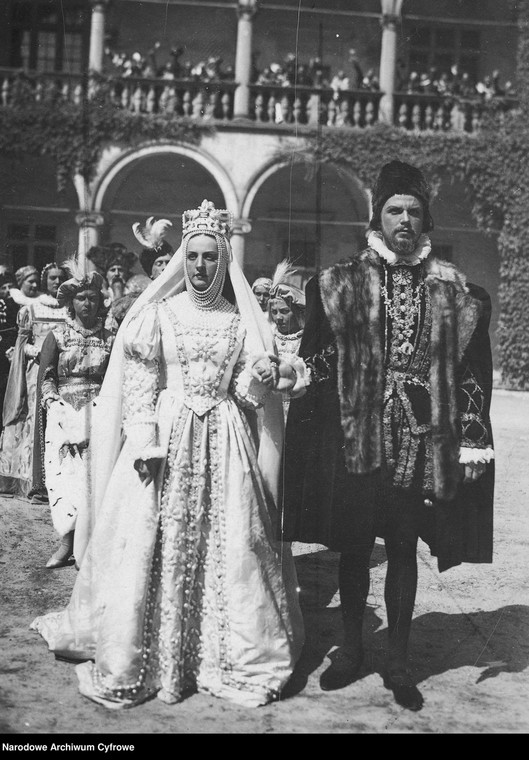 The outbreak of the Second World War thwarted Witold Zacharewicz’s plans. Instead of preparing to go to the USA, the actor went to the front. During the September campaign, he served in the communications platoon of the Masovian Cavalry Brigade, part of the Modlin Army. He took part in the Battle of Mława, fought in Przasnysz, Pułtusk and Wyszków. In November 1939, he was released from the army and returned to Warsaw. He started working as a waiter at the Tempo cafe in Aleje Jerozolimskie. From 1940 he played in open theaters of Miraż and Maska, against the prohibitions issued by ZASP. He believed that in this way he developed the heritage of Polish culture and language, and having direct contact with the audience, lifted them up and gave them hope to regain freedom.

In February 1940, Halina realized that she was expecting a child. She informed Witold about the pregnancy, who proposed to her beloved. Her father reluctantly consented to the marriage, he did not believe that she would be happy. His mother advised … “get out of trouble.” Wedding took place on May 18 in the church of st. Boniface on Czerniakowska Street in Warsaw. Four months later (September 10), the actor’s only son was born. The boy was named Kiejstut Antoni Mikołaj.

“Witold was happy, proud and radiant. In the theater, he boasted that he had become a father, and he gladly accepted the congratulations of his colleagues “- recalled Halina Zacharewicz. 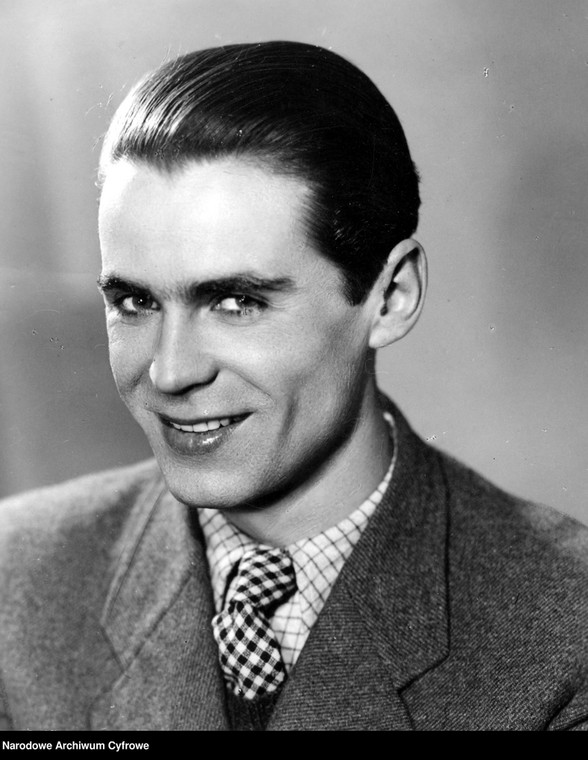 Witold Zacharewicz allowed himself to be arrested. He protected his wife and son

It has come On October 1, 1942, the Gestapo arrested Zacharewicz and nine other people (among them was the actor’s mother) for helping in the production of false documents for hiding Jews. They were betrayed. It is true that Witold was warned, but he was afraid that when he escaped, the Germans would go to his house. He allowed himself to be arrested.

Halina began efforts to release her husband. One of the Germans promised to help, but demanded 26 thousand. PLN bribes. The actor’s wife collected this amount by selling her mother’s jewelry and borrowing money from friends (she only gave it back in 1946). The Gestapo officer took the bribe and promised that Witold would first be transferred to a lighter detention center and then released. He did not keep his promise.

In November, Witold Zacharewicz was deported to the German concentration camp in Auschwitz. He was given the number 76174. The actor’s mother was also in the transport. Wanda Zacharewicz ended up in Birkenau. She died there from exhaustion on January 4, 1943. Two weeks later Witold was allowed to write a letter to his wife. He asked for packages with food products.

In the camp, he first worked in a greenhouse, then in a basketry, sang and recited in the evenings. He was sad – as if he didn’t believe in his survival. In January 1943 he fell seriously ill and managed to recover.

He wrote his last letter to his wife on February 14, and it was sent two days later. Probably on this day, On February 16, 1943, the 29-year-old actor died. According to one of the versions – he got a lethal injection of phenol; according to the second – he was shot.

The symbolic grave of Witold Zacharewicz is located in Powązki in Warsaw.

The material was created thanks to the cooperation of Onet with the partner of the National Digital Archives, whose mission is to build a modern society aware of its past. NAC collects, stores and makes available photos, audio recordings and films. The digitized photos can be viewed on nac.gov.pl

The author of the text: Agnieszka Święcicka, journalist of the Plejada.pl website