Two days ago, the Eagles 2022 gala was held, prizes considered to be “Polish Oscars”. The best directing, script and film were awarded this year “Aida” by Jasmila Žbanić. On behalf of the director who was absent that day in Warsaw, the awards were received by producer Ewa Puszczyńska and editor Janusz Kamiński.

Receiving the award, Žbanić said: “When I was preparing a film about the genocide in Srebrenica, I thought that the war in Bosnia, Croatia, in our entire region was the last in Europe. I was shocked to learn that we Europeans allowed ourselves to go to war. in Ukraine. I call on all of you to find a way to stop it. “

A survivor of the massacre, Munir Subašić, president of the Srebrenica Mothers Association, who also addressed MEPs during the gala, appealed:

We manage to talk to the director a few hours before the results are announced. We are meeting in the European Parliament.

Amelia Sarnowska: It is not so obvious to everyone, please tell me why “Aida” is also a Polish film. Or why it’s not just a Bosnian movie.

Jasmila Žbanić: I think that human experience, human history are beyond any nationality. The main actress in “Aida” is Serbian and she plays a Bosnian woman, she is a wonderful person and a great actress.

The film was co-financed by nine European countries, including Poland. Apparently many people have noticed that Aida also tells part of a larger European story. It is also Polish history – even if it did not happen in Poland, there are many elements in it that are very well recognized in Poland. I was very happy when I heard that we had been nominated as a Polish film. It is great that it has been accepted as something of its own. It is very important to me that it took place beyond any national identification. Antoni Komasa-Łazarkiewicz, Małgorzata Karpiuk and other co-authors from Poland – they all put a part of their own Polish soul into this film. We really made it all together.

My dream is that this is how European cinema should be created, without all these divisions. Simply, choose a story and be able to meet together feeling: okay, this is what we want to tell together now. 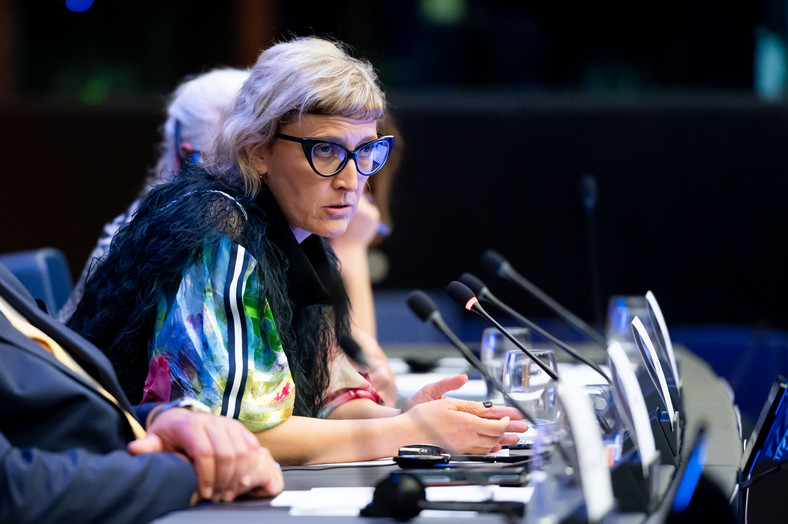 “Aida” is not only an exceptionally made film story, but above all a very specific message. Several years have passed since its implementation, we live in a completely different world, the reality of war has once again become part of our experience in Europe. We are talking today in the European Parliament, what message would you like to pass on from here today?

Already during the preparation of the film, I was convinced that it was appropriate for Europe at that time, even if taking into account various disturbing trends that were already visible then. Disturbing and dangerous. I believed this movie could become a warning. That Aida’s story can help raise awareness of what might happen again in Europe. However, I did not imagine that this nightmare in which we live today could happen so quickly.

On the other hand, I also think that the international community is repeating today many of the mistakes that were made then in the Bosnian war.

What do you mean?

I do not see enough efforts today to stop this war. Tough negotiation and other different strategies to stop it all. When I am talking to MEPs today, I am telling them, first of all, that you first need to find a way to end it all as quickly as possible. People die there while we argue. And the consequences of what has happened in Ukraine so far will last for years. 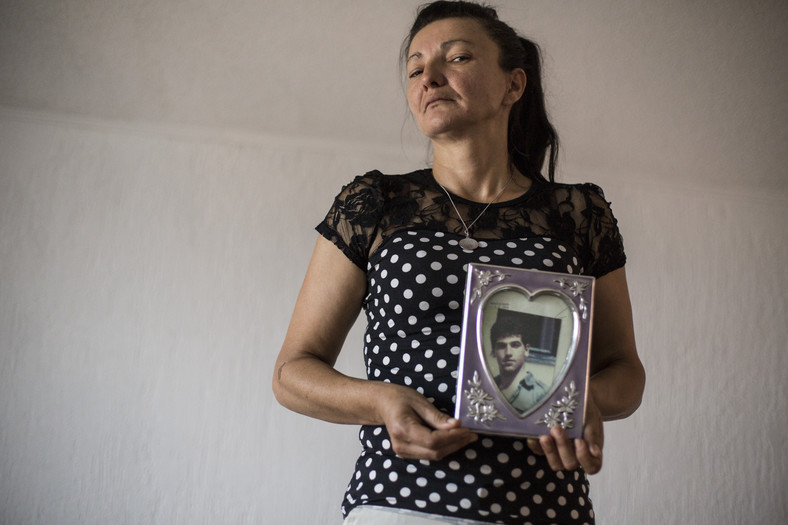 One of the widows who lost her husband in Srebrenica

Munira Subašić is also with you in Parliament. The woman who lost her husband and youngest son in Srebrenica.

To this day, many mothers do not cease searching for the bodies of their children, fathers, brothers or cousins. And friends too. Almost 30 years have passed and the consequences of that genocide are still visible today. In the case of Ukraine, it will be the same.

The second thing I am trying to communicate while here is the threat posed by the strength of Russian influence in the Balkans. Vladimir Putin has his people in Serbia, Croatia. The Russians are trying to take control of part of Bosnia, just as it was in Ukraine. The Serbian and Croatian nationalists tried to do so in the same way as in the 1990s.

It all looks very dangerous today. If Putin wanted to bring about a crisis in the Balkans, he could have done it easily. He has a lot of his people here. When talking to parliamentarians, I try to explain in the context of Russia how huge this influence is. And convince them that something should be done about it.

During the seminar you mentioned the promises broken by the international community. Is that what you need to fear most today? More broken promises on which the fate of thousands of people may depend?

We have many values ​​and promises in Europe that are often not consciously remembered for very selfish reasons. Often private interests. We still don’t have enough solidarity and enough empathy.

And here we come to a place where cinema can react.

This is how I have always perceived the role that art and culture have to play: to make us sensitive to what is happening around me. Help to find a way to fully understand the world in which we live. And properly highlight those people who need to be understood.

Today we have many tragic reports about the crimes taking place in Ukraine, which we need to be more interested in. If we do not stop this war, all of Europe could be devastated.

The rest of the conversation is available under the video

And much of what we understand as European. How do you perceive how the category of nationality is still strong in today’s world?

Personally, I cannot understand this concept. In Bosnia, of course, everyone talks about it. I am not able to identify myself with only one nation. We all live here together with Serbs and Croats … We have a common history and I feel part of all these communities.

In my opinion, the concept of nation only limits.

The films participating in the 2022 edition were announced during the ceremony in Berlin on December 11, 2021. They are: “Survive” (“Flee”) dir. Jonas Poher Rasmussen, “Great Freedom” directed by Sebastian Meise and “Quo vadis, Aida?” (Polish title: “Aida”), dir. Jasmila Žbanić. Inspired by real events, the nominated films touch upon themes of sensitivity and division, but also the healing power of tolerance and compassion.

The winning film was selected through a combined vote by the audience and MEPseach of them weighed 50 percent. The audience could vote until May 25, and MEPs until June 7.

They played in cult hits, then they disappeared. What’s up with them? Oskar was the director of TVP, and Rysio became a photographer

Did Obi-Wan create Darth Vader? The answer is complicated